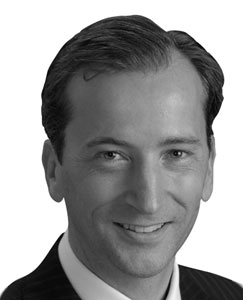 Pierre has over twenty years of experience in finance, with leading financial European financial institutions in London and Paris. He started his career as a derivatives specialist and contributed to the development of the structured products and funds platform of NatWest Markets and then BNP Paribas, where he led the team in charge of Swiss and Benelux-based institutions and retail intermediaries. He was involved in a few industry firsts such as the implementation of the first life insurance funds with variable guarantees. His last assignment in investment banking was with Barclays Capital in London until 2009, where he was a managing director in charge of the investor solutions team in Europe and a member of the global distribution operational committee. Under his leadership, a number of flagship launches were made, such as the Barclays retail listed structured products platform and the structured funds platform. Pierre and his teams have received a number of industry awards. Pierre is a founding partner of HighBreed Capital and of HBC Fund Management, a Luxembourg-based fund platform. Pierre holds a graduate degree from the École des Hautes Etudes Commerciales (HEC) in Lausanne and a post graduate degree in Finance from the London Business School.